Home > Health Benefits > The Beneficial Effects of Eryngii on Constipation

The Effects on Bowel Movements in Rats

Rats were either fed normal food, or food supplemented with King Trumpet. Then, the weight and moisture content of the rat dung was investigated. 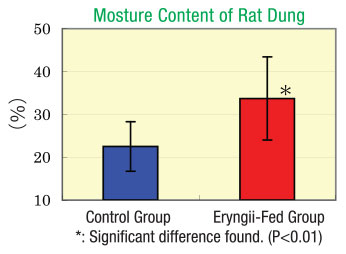 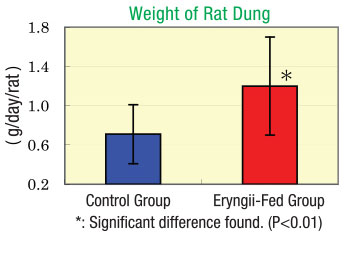 As a result: It was found that King Trumpet mushrooms have an effect of increasing the moisture content, and therefore the weight of the dung.

The Effects on Bowel Movements in People

We had 15 constipation-prone women eat meals containing 100 grams of King Trumpet mushrooms for breakfast and lunch for a month. (Participants chose their own dinners.) 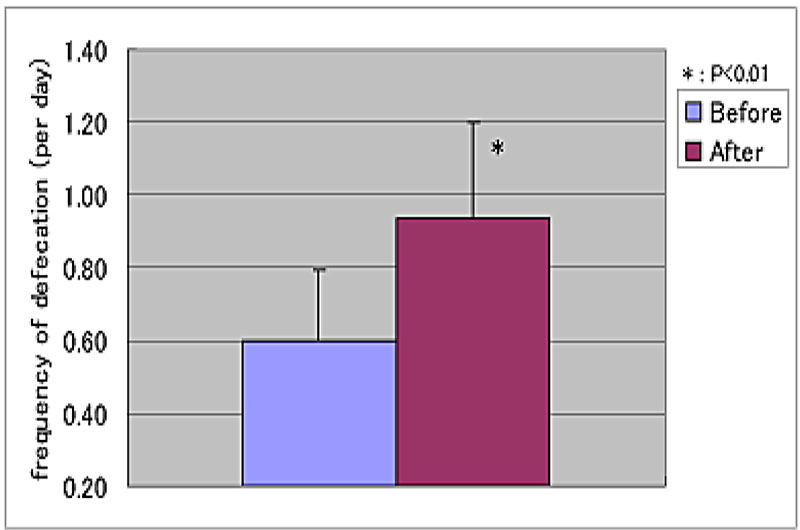 Therefore, an improvement in constipation can be expected by consuming King Trumpet mushrooms.

The improvement effect of constipation by ingestion of eryngii (Pleurotus eryngii). / PDF

Shinshu University School of Medicine 20-May-02

Published in: Japanese Society of Mushroom Science and Biotechnology Vol.6(2002)