The fifth sense of taste. 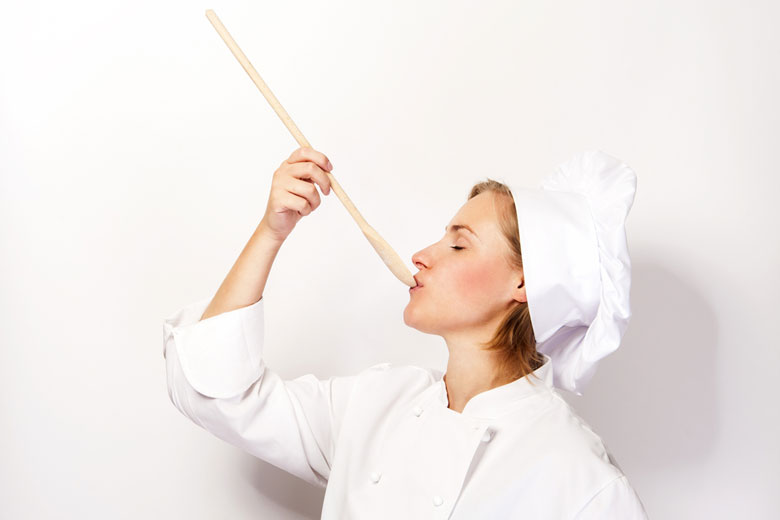 Umami, also known as savory, is one of the five basic tastes (Salty, Sour, Sweet, Bitter and Umami). The term, translated literally, means ” pleasant savory taste” and was Coined and named in Japan. It is a pleasant savory taste from naturally occurring amino acids, and ribonucleotides, including glutamate, inosinate and guanylate. It is found in abundance and is naturally occuring  in meat, fish, vegetables and dairy products.

The actual taste of umami is very subtle. When used in addition to the other basic tastes, umami is quite noticeable, by creating a complete flavor profile to a dish. It may be hard to recognize on its own, but it is a very important factor that makes up the complex nature of taste sensory, making food delicious.

In 1908 Umami, was coined by a Japanese chemist  called Kikunae Ikeda. Umami derives from umai (うまい), “delicious” and mi (味), “taste”. The kanji (Japanese writing using Chinese characters) 旨味, reads umami, and has been in use in Japan as general term for deliciousness food.

When eating, we use all our senses, sight, hearing, smell, touch and taste. Of all the senses, taste plays a primary factor in determining the deliciousness of a food.  It was not until the 1980’s that umami was actually recognized as the fifth primary taste and that the conventional four primary tastes (sweet, sour, salt and bitter), cannot replicate umami in any combination.

Umami was officially recognized due to the discovery of the sensory receptor, mGluR4 (glutamate), on taste buds.

The Benefits of umami 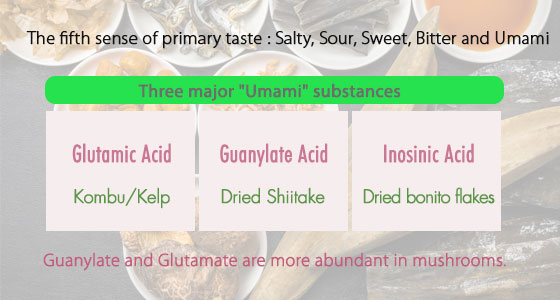 How to cook with umami filled mushrooms