Bunapi as Hokto’s original patent product that offers an excellent source of Niacin (35% DV), Riboflavin (15% RDV), Pantothenic Acid (15% RDV), Vitamin D (10% RDV) and high in minerals. It is also cholesterol and sodium free in addition to low in calories. 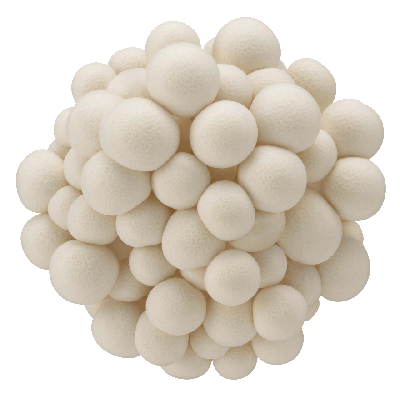 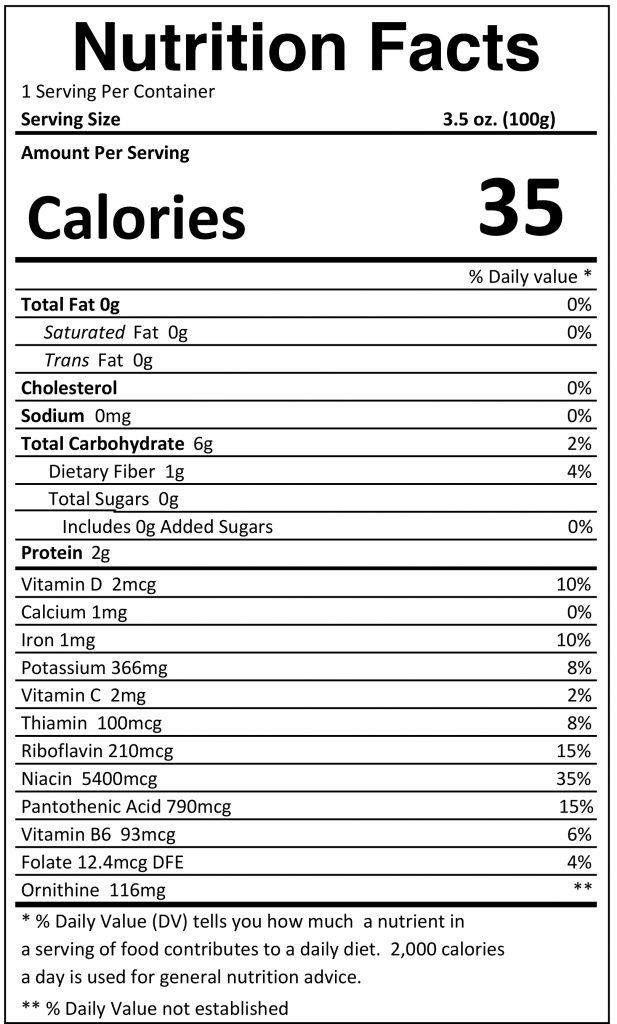 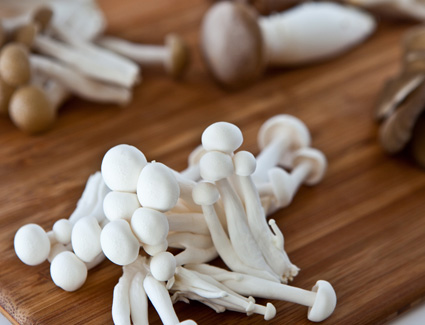 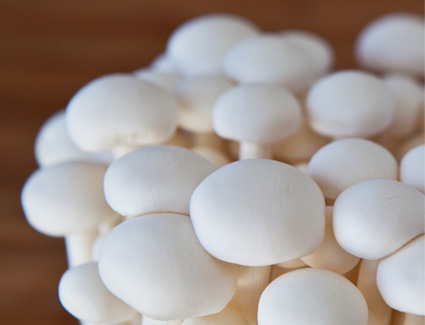 Bunapi® is a registered trademark of the Hokuto Corporation and was developed from our efforts to breed Bunashimeji (Hypsizygus tessellatus).

Despite its unassuming appearance, Bunapi® offers a surprising combination of nuttiness, buttery flavor, and a firm, crunchy texture. Its firmness and natural flavor complement well with savory herbs like thyme and hearty dishes like stir-fries and wild game. Bunapi® is somewhat bitter in its raw state, but very enjoyable once cooked. Try it in soups, stews, or your favorite sauces. It also makes a great meat substitute in your favorite recipes.

Hokto’s kinoko is Clean and Ready-to-Cook

Bunapi® can be eaten in clusters or individually separated. Simply trim off the base of the cluster and they are clean and ready-to-cook. Hokto’s kinoko do not need to be washed or rinsed because they are cultivated in a soil-free and clean environment and are 100% USDA Organic! To get the most out of Hokto’s kinoko, always cook them before consuming. Our kinoko should not be served raw. 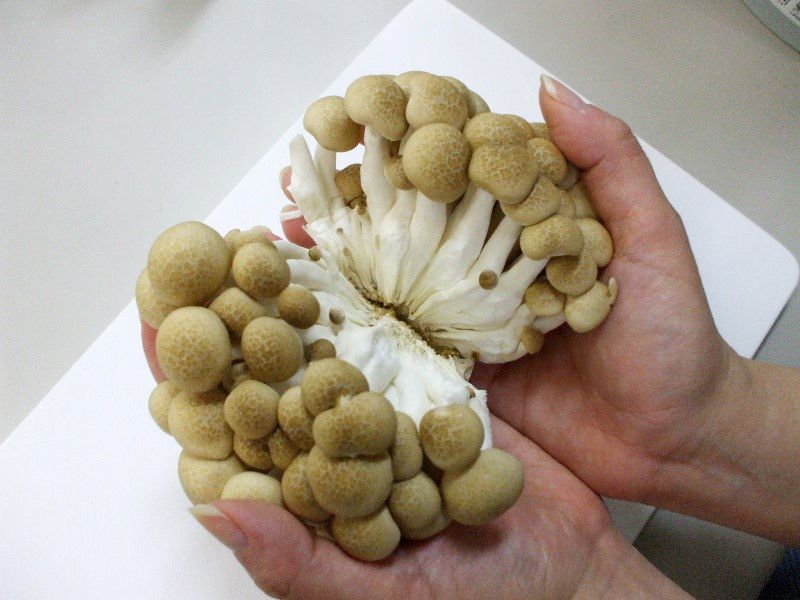 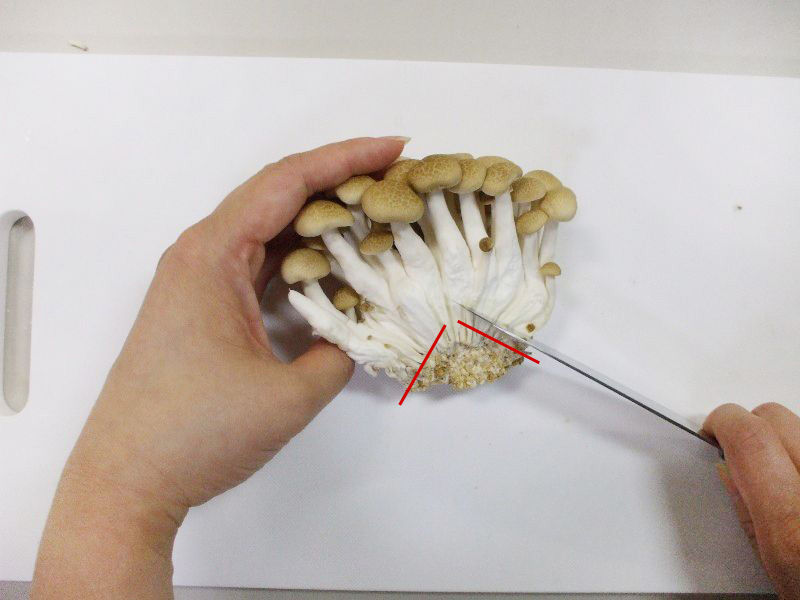 Like the Bunashimeji, Bunapi® has a base. Separate them to halves then cut the base in "V" angle. Unlike other mushrooms, Bunapi®  bases are white so make sure you don't cut off the edible part. 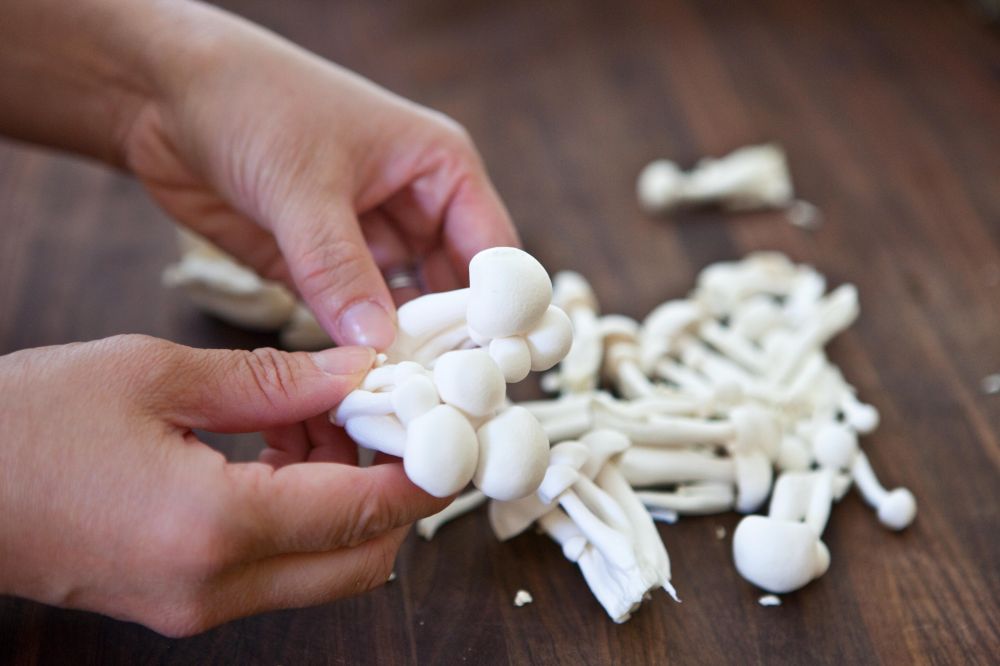 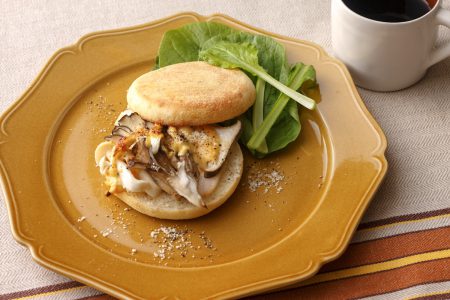 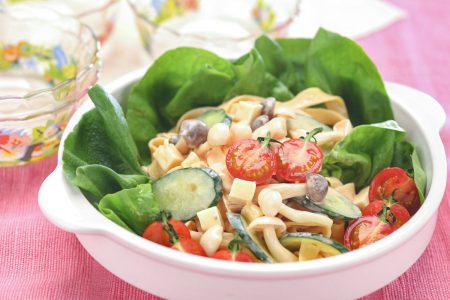 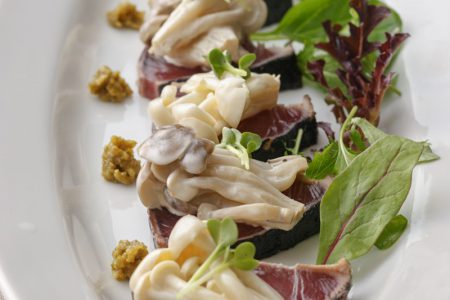 Q.What kind of mushroom is Bunapi?

Bunapi is derived from the Bunashimeji mushroom. It is a Hokto original and a registered trademark of the Hokuto Corporation.

Through selective breeding, the Hokuto Corporation has developed whiter strains of Bunashimeji mushrooms.The Bunapi mushroom is one of our innovations from the Mushroom General Research Institute.

Q.Are you growing the mushrooms without light?

The mushrooms will grow white regardless of light due to the process of  selective breeding of the Bunashimeji mushroom.

Q.What is the difference between Bunashimeji and Bunapi?

The Bunapi mushroom is abundant in amino acids and has a sweet taste. With a sweeter taste, is best suited for children and people who do not like the bitterness of mushrooms. In addition to its sweetness, the Bunapi mushroom has a nice smooth texture when eaten, making it a great addition to any meal.